Compost vs. Mulch: what's the difference?

Folks in the garden are still be a bit confused about the terms compost and mulch so I hope this helps to clarify, and that you will all spread the word:

Mulch serves two purposes: to retain moisture and to inhibit plant growth (weeds in particular). The mulch that comes in large bags from places like Home Depot is usually wood material which is very fibrous and is mostly wood by-products like bark and branches. Some of it is treated with weed killer or dyes. It will decompose after a long time.

Other, more natural, mulches do the same job, but are more environmentally friendly. Newspaper is sometimes used. It decomposes faster, but contains ink. Salt Marsh Hay is also used as mulch and contains a lot of salt. In the 1930s, it was harvested using hand labor and draft horses. In Colonial times, salt marsh hay was harvested as a valuable crop and used for animal fodder and bedding, as well as mulch for gardens.

There are some advantages to using Salt Marsh Hay. It resists rotting, and it doesn't pack down. It's not weedy because seeds never sprout. (Salt marsh hay requires the saltwater tidal changes to germinate and grow.) You can find it at garden centers throughout the Northeast. Buy it early because it disappears from the market by late fall. Warning: Regular hay does have seeds which will germinate in the garden and some of it used for holiday decor is chemically treated.

Compost is used to promote plant growth. It can be comprised of organic material such as leaves, grass clippings, fruit and vegetable parts, flowers, coffee grounds, egg shells, newspaper etc. No animal or artificial products are added usually. It decomposes back to dirt. The City of Boston provides community gardens with free compost. You'll find the occasional bottle cap, rock or piece of wood in it. We used to have some gia

nt sifters in the garden for filtering debris out. Maybe we can entice someone to build us a couple more. The City requires us to separate our wood refuse from the other material so it will not be added to the compost.

I hope this clears up any confusion between compost and mulch. The compost we have received form the City will be used for the border gardens during our June Clean up on Monday, June 5th from 5-8PM. After that, any remaining compost may be used by gardeners for their own plots.

Compost vs. Mulch: what's the difference?

What is tomato blight and how do I prevent it?

So you have a garden plot of your own...now what?

What is my Plant Hardiness Zone and why should I care?

Ways that you can help the Bees 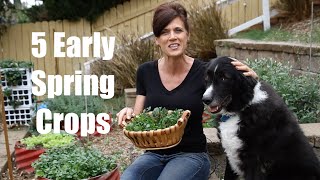